What to Know about Western New York

Western New York is the westernmost region of the state of New York. It includes the cities of Buffalo, Rochester, Niagara Falls, Jamestown and the surrounding suburbs, as well as the outlying rural areas of the Great Lakes lowlands, the Genesee Valley, and the Southern Tier. The historic beginnings of the region can be defined by its original eastern boundary of Preemption Line, created by the December 16, 1786 political settlement between the states of New York and Massachusetts, both of which claimed political dominion over the land.[1] This eastern boundary shifted because of changing county borders in the late 18th and early 19th centuries.

Western New York consists of 17 western counties in New York State: Allegany, Cattaraugus, Chautauqua, Chemung, Erie, Genesee, Livingston, Monroe, Niagara, Ontario, Orleans, Schuyler, Seneca, Steuben, Wayne, Wyoming, and Yates, with a land area of 11,764 square miles (30,470 km2).[2] Western New York includes the area of the Holland Purchase and the Phelps and Gorham Purchase. The area is primarily served by Buffalo and Rochester media markets, although there is considerable overlap between these two markets, as well as other American and Canadian media markets (particularly from nearby Toronto). In terms of the combined statistical areas used by the United States Census Bureau, Western New York consists of the Buffalo-Cheektowaga, NY area, the Rochester-Batavia-Seneca Falls, NY area, and the Elmira-Corning, NY area.[3]

Western New York is in some contexts considered a sub-region of “Upstate New York” (when that term is used to describe all of New York State outside Long Island and the New York City metropolitan area); in other contexts it is considered a separate region from “Upstate.” While the term usually includes both the Buffalo and Rochester metropolitan areas, occasionally “Western New York” describes only the Buffalo-Niagara region, with Greater Rochester being classified as part of the Finger Lakes Region.

The following cities are found in the 17 western counties:

The following villages are found in the 17 western counties:

Western New York has a humid continental climate heavily influenced by both Lake Erie and Lake Ontario. Winters are long and cold, often lasting from around mid-November to early April. There are often snows before and after that period, as well. Western New York is known for its lake effect snows, which can result in highly localized, sometimes intense and even historic snow events. Lake effect storms are a result of cold air picking up water vapor as it blows over warm lake waters. Lake effect snows are usually most active between November and February and typically diminish when Lake Erie freezes over. Generally, the heaviest amount of snow in Western New York during the winter falls near the southern end of Erie County. Spring and fall in Western New York are usually short and changeable. The presence of the lakes allows for fruit growing and wine production along areas adjacent to both lakes which retard the development of damaging spring and fall frost, thereby extending the growing season. Lost in its famed winters, Western New York summers are among the sunniest in the Northeast and are generally very pleasant. Thanks in part to breezes blowing over Lakes Erie and Ontario (which are usually cooler than the air temperature in the summer), most of Western New York enjoy generally cooler and more comfortable summers than other regions in the same climatic zone. 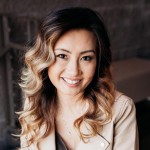